Are You Struggling With Our Healthcare? 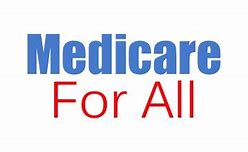 This blog is a much longer read and it is my hope that you will read it and whole-heartedly join with me in advocating for a much needed upgrade to our failing healthcare system here in the US. Subscribe to my site www.thechosenones-bookseries.com. As always, I hope that you will purchase your copy of The Chosen Ones - Thy Will Be Done, read and review it as well.

Part Two - Ten Reasons Why Our Healthcare Is Failing

1.) We spend the most. We spend more than any other country in the world. In 2005, our per capita -- so, per person -- spending was $6,697. The next highest in the study was Canada, at $3,326. And remember -- that's "mean" spending, so it's the amount we spend divided by our population. But unlike in Canada, about 16 percent of our population doesn't have insurance, and so often can't use the system. Imagine what those numbers are today, in 2018.

2.) We don't pay doctors according to the quality of their care. One of the first questions is "percent of primary care practices with financial incentives for quality" -- in other words, how many doctors are paid, in part, according to the quality of the care they deliver. In the United Kingdom, the number is 95 percent. In Australia, it's 72 percent. The U.S. scores lower than anyone else, at 30 percent.

3.) Our wait times are low because many of us aren't getting care at all. It's true, Americans do have short waits for non-elective surgeries. Only 4 percent of us wait more than six months. That's more than in Germany and the Netherlands, but considerably less than the Canadians (14 percent) or the Britons (15 percent). But our high performance on the waiting times only account for individuals who get the care they need. Our advantage dissipates when you see the next question, which asks how many patients skip care due to cost. And here, America is far worse than anywhere else.

In just the past year, a full 25 percent of us didn't visit the doctor when sick because we couldn't afford it. Twenty-three percent skipped a test, treatment, or follow-up recommended by a doctor. Another 23 percent didn't fill a prescription. No other country is even close to this sort of income-based rationing. In Canada, only 4 percent skipped a doctor's visit, and only 5 percent skipped care. In the U.K., those numbers are 2 percent and 3 percent. Few of our countrymen are waiting for the care they need, that much is true. But that doesn't mean they're getting it quickly. Rather, about a quarter of us aren't getting it at all.

Indeed, 19 percent of Americans were unable, or had serious problems, paying medical bills in the last year. Comparatively, no other country was even in the double digits. This is part of why we perform well on the waiting-times metric. In other countries, the disadvantaged wait longer for their care, and so show up in the data tracking wait times. In our country, they disappear from that measure, because they never get the care at all. You don't wait for what you're not receiving. So their wait times show up as "zero," when they should really be something akin to infinite.

4.) Most of us don't have a regular physician. One might expect, given what we pay, that our care would at least be more central and convenient. But it's not so. Of everyone surveyed, Americans were the least likely to report a doctor or general practitioner they routinely saw. As a result. Americans are the most likely to say their doctor doesn't know important information about their medical history, which has obvious implications for care quality, medical errors, etc.

5.) Our care isn't particularly convenient. Nor is medical service more convenient for Americans to access. On such questions as whether your doctor has early morning hours, evening availability, or weekend slots, we're not trailing the pack, but we're not in the lead, either. On evening hours, for instance, we lag behind Australia, Canada, Germany, and New Zealand. On same day appointments, Only 30 percent of Americans report that they can access a doctor on the very day they need one, as opposed to 41 percent of Britons and 55 percent of Germans. And a full 67 percent of Americans -- more than in any other country -- say it's difficult to get care on nights, weekends, or holidays.

6.) Our doctors don't listen to us. But maybe the amount we're paying comes in customer service -- maybe our doctors spend more time with us, are more reassuring, are more attentive to our cases. After all, we basically like the care we get. Our overall self-evaluation of the treatment we receive is solidly in the middle of the pack, with 70 percent expressing satisfaction -- which means we're less satisfied than the Canadians, Australians, and New Zealanders, but 5 percent above the Britons, and well above the Germans or Dutch. But when you ask for specifics, we do a bit worse.

Americans are the least likely to report that their doctors explain things in ways they understand (though the spread on this question is rather small) or say doctors spend enough time with them (56 percent of us say they do, as compared to 70 percent of Germans). We're the most likely to report that test results or medical records were unavailable during our scheduled appointments and, along with the Germans, the most likely to say that our doctors ordered tests that we'd already had done. On the bright side, 78 percent of us say our regular doctor was "informed and up-to-date" about follow-up care after a hospital visit.

8.) … But we're not treating them properly. So given the high prevalence of such diseases, and the pressures they exert on our system, you'd hope our system had evolved so as to treat these diseases more effectively. Not so. One of the big issues with chronic disease is coordination of care. Illnesses like diabetes and kidney failure have so many manifestations, and require so much maintenance, that it's critical for care providers to have a full picture of what treatments are being received, what the patient's medical history is, what therapies they will and will not follow, etc. And for that reason, it's critical for the patients to have a single medical home – a regular care center where their case is understood, tracked, and treated. Sadly, we're tied with the Canadians for the lowest percentage reporting a single "medical home."

Worse, we're far and away the likeliest to report spending more than $500 out-of-pocket on prescription drugs annually. That's a problem, as higher out-of-pocket costs mean more of us going without prescriptions, which means less maintenance of conditions and, thus, more cost when our chronic illnesses balloon into catastrophic health events. Indeed, 42 percent of Americans with chronic conditions -- the exact same percentage who report paying more than $500 for drugs -- report skipping care, drug doses, or doctor's appointments due to cost. That's cheaper for them in the short-term, as they can spend some of the money on food or rent. It's more expensive for us, however, as we pick up the huge bill when they end up in the hospital in full cardiac arrest.

9. ) We're frequent victims of medical, medication, and lab errors. Along with Australians, Americans are the most likely to report a medical, medication, or lab error, with 20 percent saying they've experienced one of the above over the past year. For those of us with chronic diseases, the rates are even higher. There are many reasons for this, ranging from our low adoption rate of electronic medical records to our splintered care system. But the effects are bad for our health and, needless to say, bad for our insurance rates. Conservatives make a huge deal out of medical malpractice claims, but studies show that our high rate of lawsuits is due to our high rate of medical error. The crisis isn't just in the courtrooms, it's on the operating tables.

10.) Most of us are dissatisfied with our current system. In health polling, happiness with the system is generally measured through a three-answer question: Does your system merely need minor changes, as it works pretty well? Does it need fundamental changes? Or does it need to be rebuilt? Of all the countries surveyed -- including the supposedly dystopic U.K. and Canada -- Americans are the least likely to report relative satisfaction, and the most likely to call for a fundamental rebuilding. Only 16 percent of us are happy. In Canada and the U.K., that number is 26 percent. In the Netherlands, it's 42 percent. Meanwhile, 34 percent of Americas want to completely rebuild. Only 12 percent of Canadians say the same, and only 15 percent of U.K. residents want a new system. So paying more than twice as much as anyone else, we have the lowest satisfaction with our health care system. Lower than the countries with waiting lines. Lower than Germany, and Australia, and New Zealand.

And perhaps this shouldn't be a surprise. Is it any wonder that Americans who have to forgo care are less satisfied than Canadians who simply have to wait for elective surgeries? That our shorter doctor visits, more impersonal caregivers, higher rates of medical errors, and inability to find primary care after 6 P.M. have left us frustrated? And that our sky-high costs have, finally, left us aching for change?

There is no other area of American life where we collectively accept such a bad deal. We spend the more than any other nation on our military, but our military is unquestionably the mightiest in the world. We spend the most on our universities, but our universities are the best on the planet. But we spend the most on our health care -- twice as much as anyone else -- and our health system is mediocre-to-poor, with 47 million of us lacking the insurance necessary to easily access it. It's not surprising that Americans want change.

Everyone Gets Their Turn!

How The Chosen Ones Began